Submental fullness, sometimes referred to as “double chin”, is a common yet undertreated facial aesthetic condition. It can impact a broad range of adults, including both men and women, and can be influenced by several factors such as aging, genetics and weight gain, and is often resistant to diet and exercise alone.

If you’re bothered by submental fullness, you’re not alone. According to a 2014 survey conducted by the American Society for Dermatologic Surgery (ASDS):

and under their eyes.

KYBELLA™ (deoxycholic acid) injection is the first and only FDA-approved nonsurgical treatment that contours and improves the appearance of submental fullness.

You and your doctor will design a customized treatment plan to help you improve your chin profile. Many patients experience visible contouring of their chin profile in two to four treatment sessions spaced at least one month apart. Up to 6 treatments may be administered.

KYBELLA™ has been the focus of a global clinical development program involving over 20 clinical studies with more than 2,600 patients worldwide, of which over 1,600 have been treated with KYBELLA™.

to placebo, based on validated physician and patient measurements.

•     After being treated with KYBELLA™, patients reported improvement in self-perception, including

feeling happier and younger based on their chin profile, as well as feeling less embarrassed, less

•     KYBELLA™ can cause serious side effects, including trouble swallowing or nerve injury in the jaw

that can cause an uneven smile or facial muscle weakness. The most common side effects of

KYBELLA™ include: swelling, bruising, pain, numbness, redness and areas of hardness in the 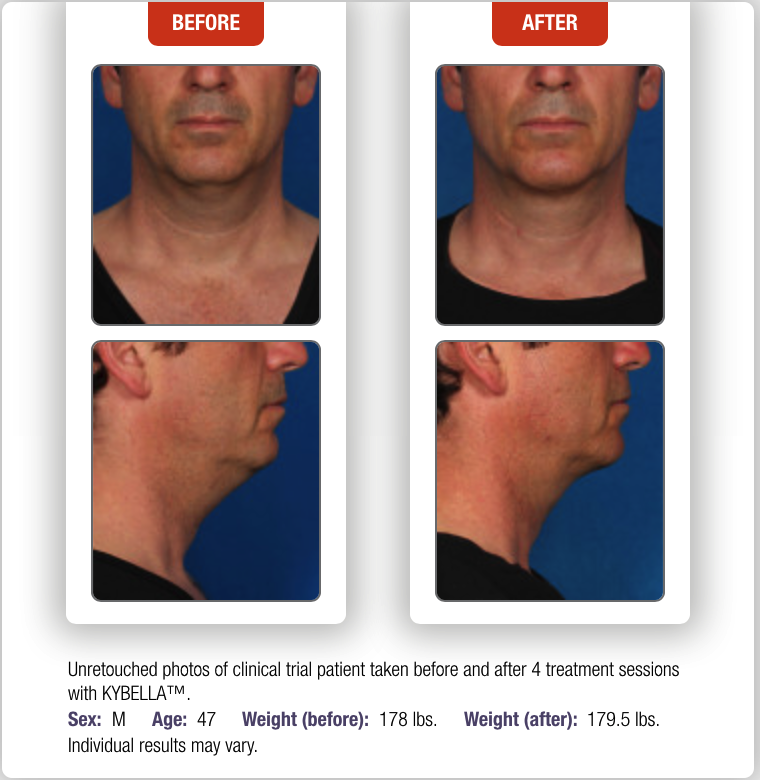 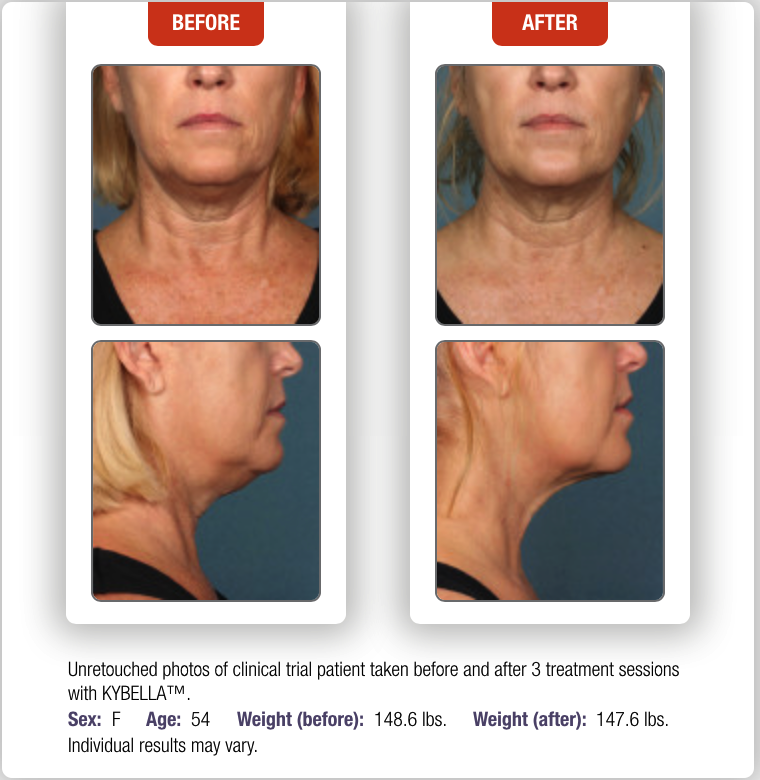 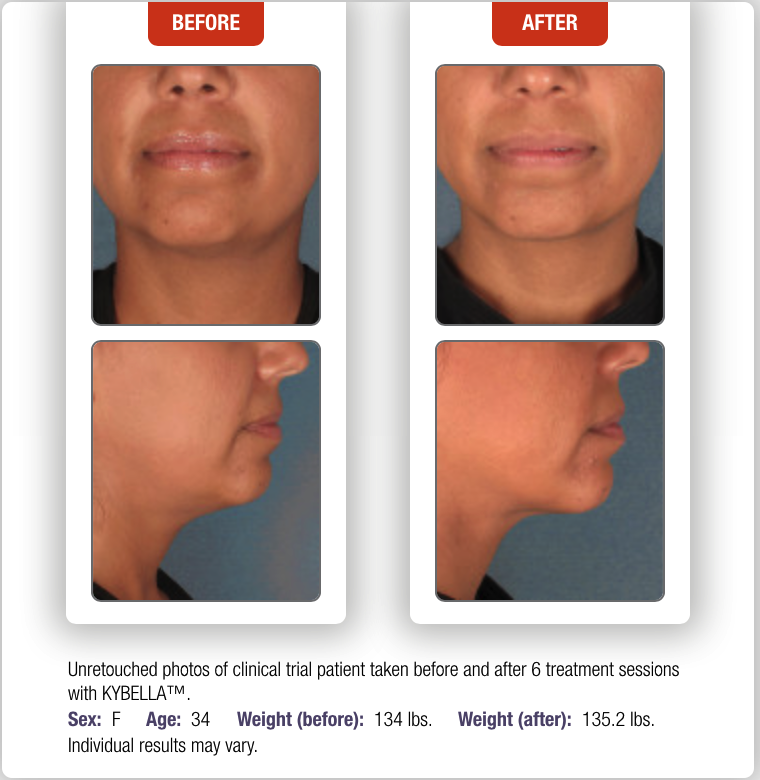 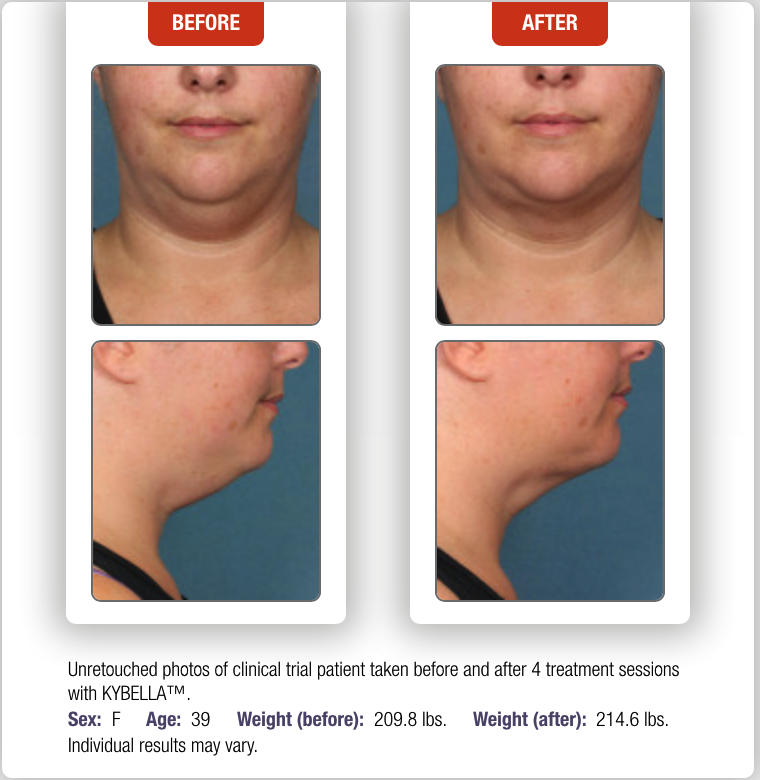 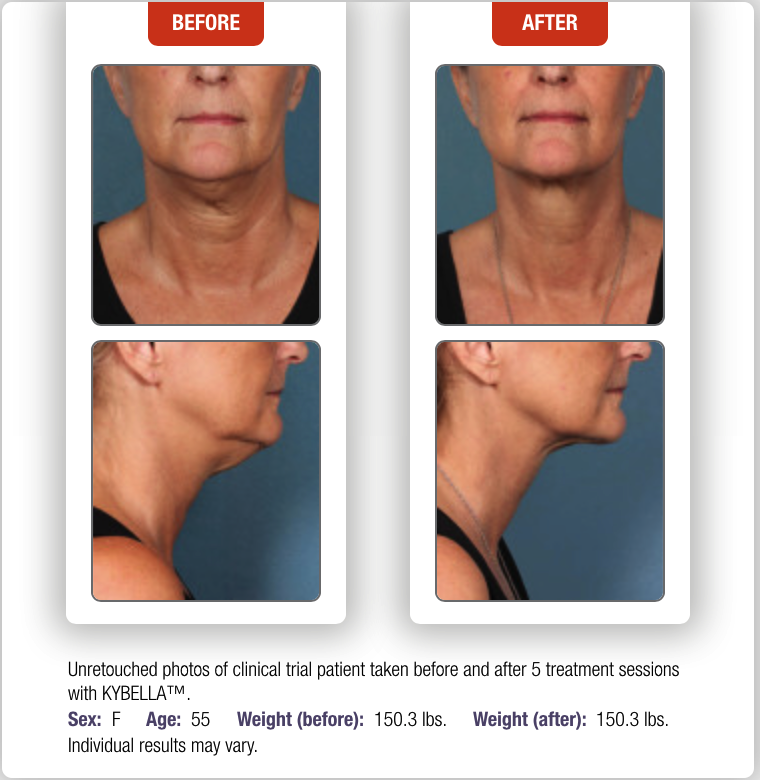 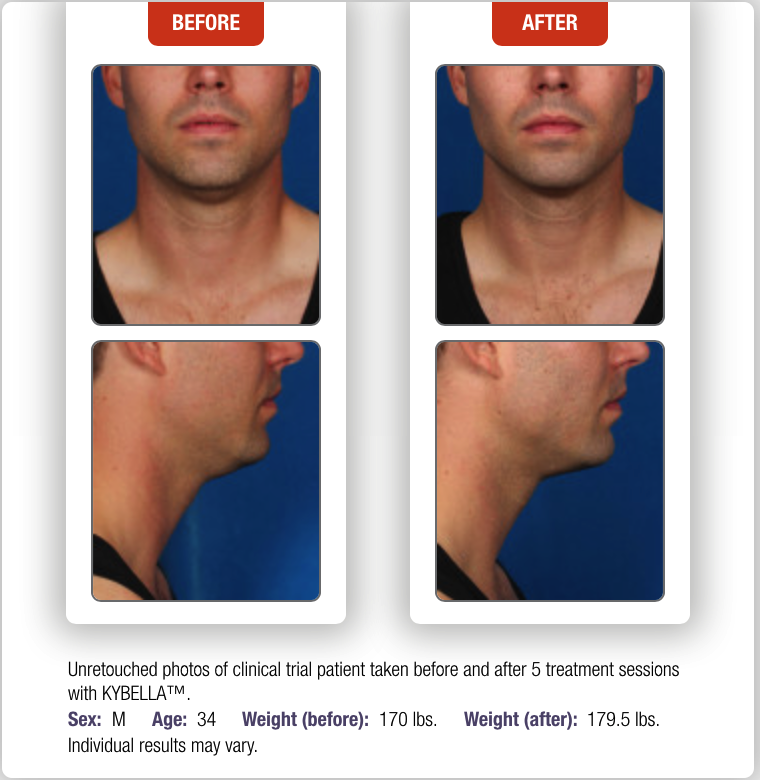 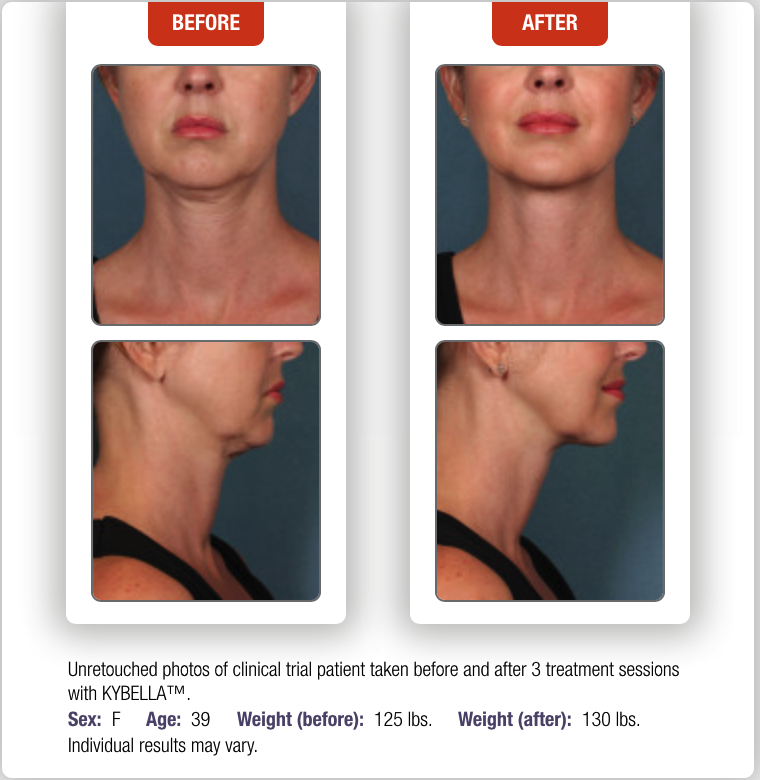 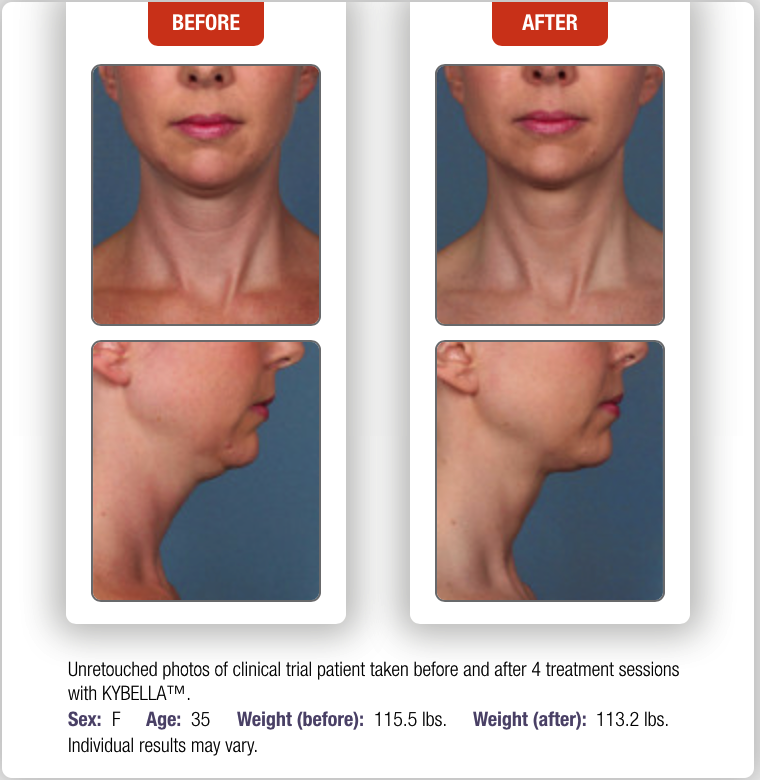