I've been working at Balfour Dermatology since December 2014. As a certified Physicians Assistant (PA-C), I focus on the medical side of our practice. I especially enjoy skin surgeries plus diagnosing and treating rashes, moles, acne, skin cancers, and other suspicious conditions.

I entered college intending to pursue a career in medical care but got derailed after my junior year when I got married. I needed a paycheck, so I connected with Morgan Stanley. The money was good, but I knew this wasn’t my calling. My secretary was a hypochondriac who came into the office every morning complaining of her symptôme-de jour, which forced me to realize that I was more interested in helping people with medical issues. So, even though it meant a big drop in income, I quit my job, enrolled in a medical school, and graduated from Touro University’s College of Health and Human Services in Henderson Nevada.

Fortunately, my dermatology rotation was with Dr. Beer. Balfour Dermatology provided an effective learning environment and I quickly decided that Dermatology was what I wanted to do. My decision was supported by subsequent externships that were much less satisfying than my time with Dr. Beer.

My wife and I have active lifestyles and take any excuse to get outdoors. We are on a number of local sports teams including soccer, softball, football, and especially golf. We have two young daughters. We’ve been bringing them on the golf course with us since they were toddlers. They had their miniature clubs and pretended to play along with us.

We love hiking, biking, and rock-climbing in Tahoe and Yosemite, which have become second homes. We climbed to the top of Half Dome, but went up the easy way, with stairs and ropes. When they were less than five years old, our little girls chose Yosemite over Disneyland, which they also love. At that point we realized we were doing something right. 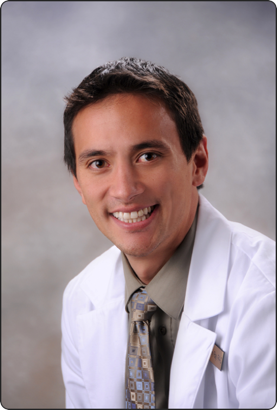